Are we using the right language to describe facilities in RAM?

Your comments and ideas are important to us. Let us know your thoughts, questions or recomendations.

For sure not every decision needs to be assessed with a RAM model, so spreadsheets and "spreadsheeters" may rest confident on their longevity; but the fact is that important decisions in asset or project management are, in essence, multidisciplinary (“holistic” sounds catchier).

RAM (Reliability, Availability and Maintainability) Modeling and Simulation (M&S) is about distilling the essence of an Industrial Facility with its associated production process to recreate it in a virtual environment, and about using the convenience of such virtual world, to play with all the relevant alternatives, so we can provide wise advice on how to create or protect business value. That’s it! Relevant, simple and straightforward.

If RAM M&S is soooo great, why is not every single asset manager, project manager or investor around the world, using it for making decisions; on a daily basis, as they do with their beloved spreadsheets? Is it something not true about the glamorous RAM M&S that is preventing people from using it? Here some (not all) clues.

It’s quite hard to use a model that is not available on time!

When RAM models are not available to be used, and the precise moment when you need a model ready to answer an urgent question, is the very same moment you notice (learn) the amount of research and verification work required to have a quality RAM model, you may end skipping the “pain” of modeling. In such cases the next option is coming back to the old ways again (and again) by using a convenient last minute spreadsheet, where you try to convey whatever your MS Excel skills allow you to represent, regarding such a decision.

For sure not every decision needs to be assessed with a RAM model, so spreadsheets and “spreadsheeters” may rest confident on their longevity; but the fact is that important decisions in asset or project management are, in essence, multidisciplinary (“holistic” sounds catchier). Representing the interconnectedness, variability and randomness of multiple dimensions of analysis (reliability, life cycle cost, investment optimization, safety. maintenance, etc..), adds complexity levels to the decision process, and such decision-making conditions are rarely (I mean never-ever) well managed when using spreadsheets. That’s in fact why we invented and started to use RAM models.

All the great features offered by RAM models take time to be built, and businesses run faster and faster every day.  It’s hard to take advantage of all the wonderful things promised by a RAM Model if a base model is not ready from the beginning. So, please, make sure your organization embraces a corporative effort, in having such decision tools prepared, on-time, and for the sake of the question to come.

Knowledge/thinking assets do exist, but they may be as elusive to our natural perception as gravitational waves.

RAM models are subject to the restrictions associated with a bigger topic, the thinking assets or knowledge assets. The manufacturing, oil & gas, petrochemical and several other industries are, unconsciously steered by a “physical paradigm” where, regularly, people can see the matter they’re talking about. People care mostly about stuff they can effectively see, and may overlook other stuff.

A plant manager for sure will complain if a pump or tank is not in place at the end of a project, but such level of uneasiness will rarely be raised if what is missed is a knowledge asset.

We all have participated in commissioning exercises where we test every single piece of equipment and logic in a plant. Who dares to operate a plant where those checks were not performed? No one! because the associated risk is “obvious”, isn’t it? We say we can’t fail in the obvious stuff, but under a “physical paradigm” our obvious-meter may lack required sensitivity, and here’s a proof.

Some other things that are even best known, and by that, I mean more “obvious” (a word I hate) are: market opportunities change, feeds change, prices change, technology changes, plant itself changes every day and, in general, businesses change. Sadly, with a dominant “physical paradigm”, all that “obviousness” gets easily blurred and we are locked to think in terms of physical stuff and not the full decision-making picture.

The consequence of minding only what is physically perceivable is that the knowledge/thinking assets, those thinking instruments required to support decision making in the context of those additional complexity levels, may not be missed by anybody. Not missed only until the plant manager has to answer the phone to face an urgent decision on such new complexities; but then it will be late to launch a modeling effort as we’ve seen previously. The only plausible reason for not having a RAM Model ready to be used from the investment, along the project and during the entire life of the facility is that, perhaps, we really enjoy “living to the edge”. Every other case, preparing, in advance, all knowledge/thinking resources that will solve complex questions, that for sure (I mean “obviously”) will come, is the right thing to do.

When you’re accounting for “virtual savings” instead of eliminating hard cash historically spent, the concept of adding value gets confused and annoyingly manipulable.

We all have seen the results of a RAM simulation with its wonderful manner to reveal destroyed or potentially destroyable value, but in my experience, the value generation of RAM M&S exercise actually starts even before the RAM model is completed. This is because for building a computational description of a real-life system (or its design) a lot of research needs to be performed on what’s going on in the real-life (or what is meant to be, by the design). Such research, by itself, helps to discover where disconnects or ambiguities exist. Bad news is that such early findings of value potentially lost, are not necessarily accounted for, as value! In the context of the RAM exercise, or perceived as value saved by peers or managers.

During the initial Question and Answer sessions, plant engineers, process engineers, asset managers and design engineers, may discover holes in the specifications. Such discoveries are evidence on how limited or incomplete was their initial knowledge of the interdependencies in the systems, which is great because that’s what this tool if for! Their culture and attitudes will define if such findings are going to be accounted for as value, or as anecdotic situations, or just as another annoyance of the project to solve, with no associated value to be claimed on the side of the modeler.

More value during the teamwork

When cooperating in the specification of the RAM models, mature multidisciplinary teams realize holes in the communication and take advantage of this golden opportunity to catch problems soon by fixing these dark/grey areas where lack of proper level of information or alignment is discovered.  In this kind of organization, value of RAM is perceived and accounted for. If your organization understands that:

then happy you; you’ll enjoy being a RAM analyst, your M&S initiative will work, your ideas will be accounted for as value and teams around you will enjoy your company and help in catching design flaws before the money is wasted.

Wanting to see the value

In the other hand, if your organization is going to feel frustrated and start with the finger-pointing every time you ask a question hard to answer, or every time you mirror things they should know (and they don’t), I just can recommend you a good list of spirituality writers, because your RAM exercise is going to be long chunk of stressful meetings, with no perception and accounting of value of the RAM exercise itself or the value obtained by money spent in you.

Is it that bad, actually? 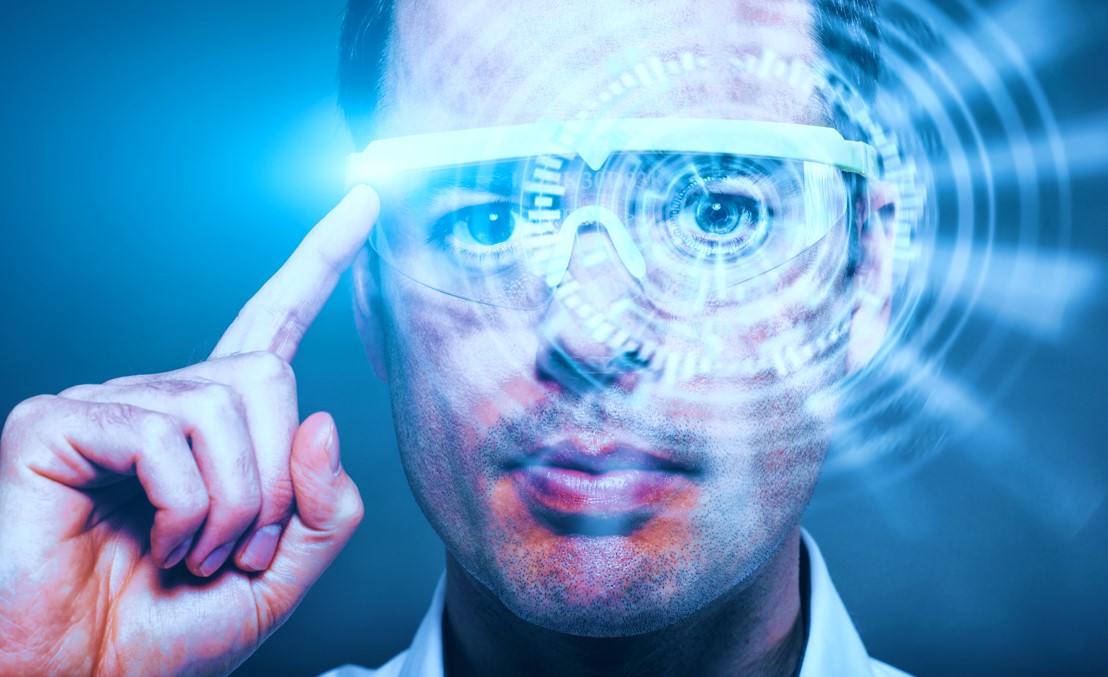 I don’t want to leave you with a bad taste because there are some reasons to be positive in the wide adoption of a more pervasive use of RAM M&S. Luckily because of this era of  “business digitalization”, this crazy thing of the “knowledge asset” doesn’t sound as strange as before, and teamwork culture is evolving in the engineering teams in favor of adopting not only RAM, but in general, modeling as a strategy to gain early insight and agreements.

Another good news we see nowadays is how asset managers are becoming quite stringent in having CMMS/EAMs completely configured at the end of a project, before starting operations, with all maintenance routines loaded. That is nothing different than the administrative level of “knowledge management tools” instrumented in the shape of IT. RAM is still a layer above CMMS/EAMs, in the “analytical” level, so we’re not yet in a place where asset managers demand Base RAM models as they do with control systems or maintenance systems, but culture in that sense is growing and evolving.

On the down side, it is fair to recognize that the general population in the industry is not as eager to protect a “knowledge asset” like the RAM Model prepared during the engineering phase, in the same religious way they lubricate a pump every single day. Because of that, so many RAM models are thrown into oblivion every year, but the idea of “knowledge asset” is still gaining momentum anyway, so chances are that current and future RAM Models will be preserved,  managed and treated as a continued source of value.

Our role as people devoted to RAM M&S is to promote from the inside of the engineering community the value associated to knowledge assets, considering that not knowing about RAM M&S ability to support asset design and management, is where the main restriction resides today. We must learn to explain how a right decision, taken on-time, with the help of an “early prepared – knowledge asset” is equally able to produce or preserve value, as a furnace, a tower or a pump.

This was a long one, so thanks for your reading; that’s all for now. Happy to receive your ideas on this interesting topic!

– Be good and keep alive!

Please log in again. The login page will open in a new tab. After logging in you can close it and return to this page.

Thank you for visiting our Blog

Please let us know your ideas, your questions, your feedback or your needs, and a way to contact you.